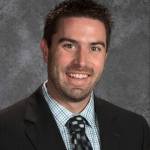 By Levi B Cavener

There are lots of reasons to be frustrated with post-secondary education in the Gem State, starting with tuition that has ballooned astronomically in proportion to inflation.

In fact, as IdahoEdNews reported, tuition costs are up 34% since 2010, even though inflation was only 13%. That’s a steep 21% increase even when adjusted for inflation. So, what gives? 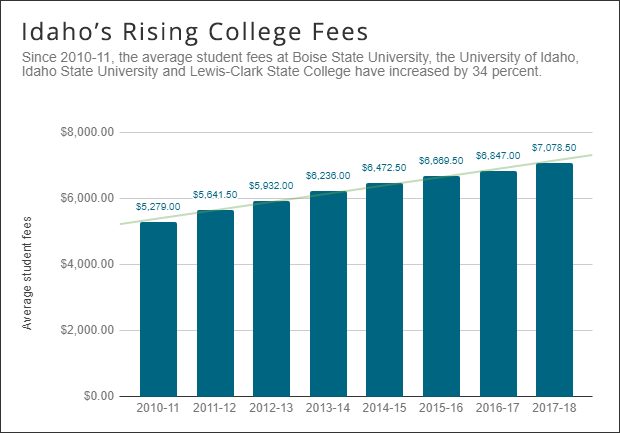 The answer is pretty simple. Despite increasing enrollment and inflationary factors, our state legislature has failed to adequately fund our universities to keep up. In fact, a quarter century ago university and college funding equaled almost 14% of the state’s general fund. 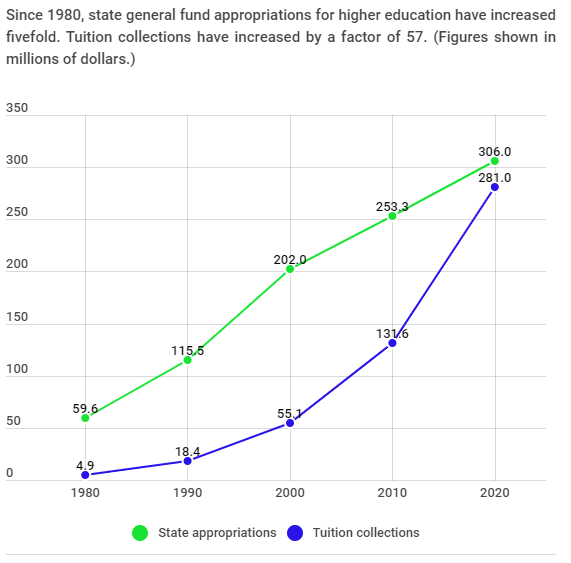 Fast forward to today with increased enrollment and inflation costs, and the state is now contributing just 8%. So where do Idaho’s public colleges and universities make up the difference?

Again, a simple answer: costs have been passed along to students in the form of tuition. In fact, total state spending is sadly now almost equal to total tuition paid by students. The lack of consistent investment in our state’s post-secondary programs has resulted in a higher price tag for students. It really is that simple.

But the lack of investment in post-secondary training actually starts long before college. It starts with a wholesale fleecing of career-technical programs in the wake of the 2008 recession. Not only did the legislature fail to adequately fund schools during this time period, but they have since failed to even restore dollars adjusted for inflation and enrollment now that the economy is well recovered.

The first programs districts cut were art, drama, music, etc. However, many districts were forced to take a pound of bone instead of flesh and had to discontinue their career-technical programs in order to balance their budgets.

However, if districts were under the impression this would be a temporary cost-saving measure they were sadly mistaken. A decade after the recession, the failure to reinvest in our public schools has meant that many districts have now permanently shuttered their career-technical programs.

The funding for our public schools simply has not recovered to pre-recession levels when accounting for inflation and increasing student enrollment.  The result is that temporary closures of these career-technical programs to wait out the recession have become permanent despite an improved economy.

Unfortunately, this is especially true in rural districts unable to pass levies–the very districts that career-technical skills are in demand. Good paying jobs in welding, fabrication, carpentry, plumbing, etc. are left unfilled each year in our state due to the lack of qualified labor.

And again, the legislature need look no further than the mirror to pinpoint the source of this problem: our elected officials are simply not adequately funding our public schools. Again, it really is that simple.

The result is a shift to property owners to adequately fund their local districts in the form of “supplemental” school levies and increased property taxes. Homeowners have a right to be miffed when asked to invest more in schools: they are already doing so in consequence of the legislature shifting the burden of funding education to property owners much as they are shifting the burden of college from the state to students.

In fact, the bulk  of Idaho’s school districts–93 out of 115 districts– now pass levies totaling over $200 million dollars annually. “Supplemental” is a misnomer: these dollars are literally being used to keep the lights on. 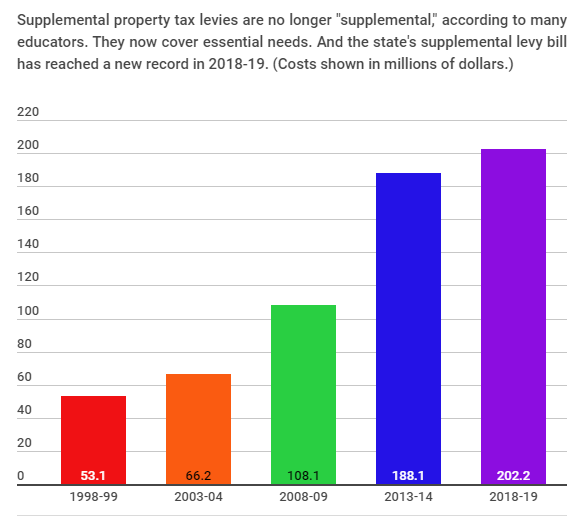 For example, when a small $500k levy failed in Kamiah in North-Central Idaho, the district literally closed the middle school. Across the state, many districts have been forced into a four day school week when they cannot pass a levy. Tell me again what is “supplemental” about these dollars?

In addition, many of those newly minted graduates also do not graduate with a career-technical certification which further limits their prospects. A decade ago, many of these students need not enroll in college because they were already trained in well-paying career-technical jobs. Not anymore.

But the legitimate grievances of Idaho’s young people in the costs of education after school are not helped by the recent red-herring penned by Rep. Ehardt to President Tromp of Boise State University and signed by republican colleagues.

That letter highlighted BSU’s diversity programs as a cause of the out-of-control tuition costs in our state. Never mind the fact that many of the programs identified in the letter such as the “rainbow” graduation are actually paid by private sponsors

To be fair to Rep. Ehardt, diversity programs do come at a cost. But if she and our legislature are truly earnest about making a sincere effort in making post-secondary more affordable, they need look no further than the very body they form.

The diversity programs outlined by the letter represent a tiny drop in the bucket when compared to the legislature’s abandonment of sustained funding to Idaho’s colleges and universities.

Worse, the letter doubles down in an unfortunate belief of many families in Idaho of a social stigma in obtaining higher education. Unfortunately, letters like these move the conversation from a logical one built in terms of dollars and cents to a social war built along the lines of partisan divides.

The diversity programs outlined in the letter are part of a larger conversation about higher education having an inherent bias against conservative students. Subsequently, many potential students and their families might be dissuaded from enrolling by such perceived beliefs about the types of education offered in Idaho’s public higher education system.

This creates a chronic and vicious cycle: young people from our least affluent families are the most at risk of not enrolling for higher education due to the lack of financial resources. Add in a social stigma, particularly in very conservative households and communities about what happens in college classrooms and campuses, and the result is even fewer of our most at risk students choosing to enroll. 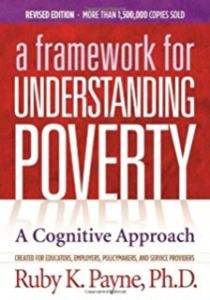 Ruby Payne’s Culture of Poverty outlines how higher education is the keystone to breaking generational poverty.

Ruby Payne’s book Culture of Poverty eloquently explains the magnitude of how difficult it is for a young person raised in a low income household to break the cycle of poverty. Unfortunately, branding universities as anti-conservative only adds fuel to the fire for many low income students who decline each year to enroll in college.

And that’s a tragic outcome. The data from the US Bureau of labor unequivocally indicates that not only does lifetime income rise with educational attainment, but unemployment decreases. In other words, better paying and more secure jobs are obtained with more education.  This should surprise precisely zero people.

But the reverse is also true. Communities with low educational attainment suffer from chronically low paying wages and job insecurity. And while the current unemployment rate is relatively low, that disguises the fact that many non college educated residents take on multiple jobs and side gigs to make ends meet. 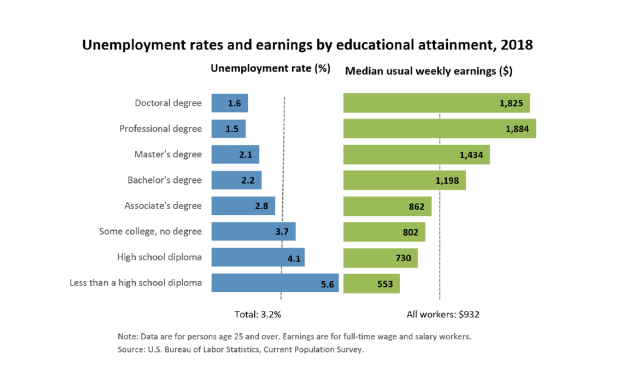 Idaho has stated a goal of drastically increasing the amount of young people choosing to “go on.”  Letters like Ehardt’s do just the opposite. Not only does the message fail to highlight the Idaho legislature as the cause of our state’s current tuition explosion, but also attempts to deflect blame for prices on the very programs helping our state to lift first generation students into colleges through the very diversity programs under attack.

It also emboldens the fringes. Shortly after Ehardt’s letter was distributed, blatantly bigoted postcards arrived in the mail doubling down on unfounded higher education stereotypes. The postcards delivered in the mail encapsulate the classic racism, homophobia, xenophobia, and religious intolerance which has plagued Idaho for decades. 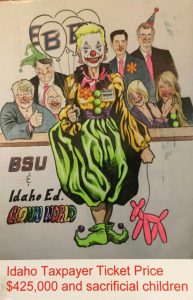 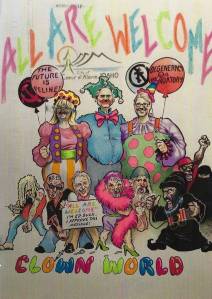 And while I don’t lay the blame on Rep. Ehardt for these piles of poo being delivered in mailboxes across the state, our conservative lawmakers must understand that when they intentionally or unintentionally stereotype our higher education system as out of touch with the people’s values, it should come as no surprise that the fringes will read the message as an invitation to bring into the mainstream what used to be discussed behind closed doors.

And here again is the most unfortunate of outcomes: if families of our young people are persuaded by such messaging, it only further serves to reduce the amount if young people choosing to enroll in higher education. This vicious cycle means that families and communities stuck in unstable and low paying jobs will be there for at least another generation.

While the focus on diversity programs might make for good politics and throwing gasoline on a partisan divide bonfire, it does a disservice to our young people pursuing post-secondary education as a possibility to increase their lifetime incomes for themselves and their families.

Ditto to our state which leaves thousands of good paying jobs–particularly in the STEM fields–lying on the table unfilled each year in our state for lack of an educated workforce.

If Ehardt and our legislature truly wants to get serious about Idaho’s tuition costs and improving the “Go-On” rate, time would be better served by voting to improve state funding for Idaho’s public colleges and universities than by penning red-herring letters pandering to social stereotypes.

Maybe I’m wrong, but at the end of the day did Ehardt help more young people enroll in higher education,  or dissuade them from attending? My hunch goes with the latter.

Ruby Payne’s Culture of Poverty outlines how higher education is the keystone to breaking generational poverty.