Since I have done this yearly reflection, I find that 2017 was the most mild year I have had reflected upon.  That outcome lead me declare this 365 days the year of Sherri Ybarra.

I know that won’t go over well with some. Let me explain.

Normalcy.  2017 had no major brawls that pitted Idaho’s teachers against the State Department or their elected officials.  Minor squabbles aside, 2017 marked a high water mark in the ability of teachers and districts to work collaboratively with the SDE and the statehouse.

Did teachers and districts get everything they wanted?  No, of course not.  Instead, teachers and districts received a taste reminding them of how things are supposed to work when gears run with relatively few debris that would otherwise cause the types of anxiety, frustration, and anger seen in year’s past.

Part of this is simply due to the fact that Superintendent Ybarra spent a  part of her time and the Department’s resources dedicated to writing and submitting Idaho’s plan for the Every Child Succeeds Act (ESSA)  which replaced No Child Left Behind (NCLB).  Assuming the federal government accepts Idaho’s plan, this document will set Idaho’s education agenda for years to come.

Again, is it perfect?  Not even close.  Was it developed in such a way that most major stakeholders can get behind it?  Well…meh.  But I do believe it is set up in such a way that will benefit districts, schools, and teachers in comparison to its predecessor.

Ybarra, unlike her predecessor, is not a newsmaker.  Perhaps that puts her at a disadvantage in the upcoming 2018 primary season.  Yet, the reality is that Ybarra’s hand in crafting and implementing Idaho’s response to ESSA cements her legacy regardless of next year’s election.

Pay raises.  Idaho is slowly moving the bar up for beginning teachers’ wages.  For the most part, this higher tide lifts all ships.  In comparison to furloughs and pink slips of years past, this positive trend resulted in a less contentious atmosphere between educators and the statehouse.

Will the end result of Idaho’s Career Ladder plan to address salaries close the gap between Idaho and surrounding states?  Nope.  But this upward trends buys an environment which silences and calms the squeaky wheels that would otherwise be clamoring the headlines.

Less hostility.  At least, it seems, between districts and Ybarra’s Dept. of Ed.  At this point, I believe most teachers believe that the SDE is functioning in such a way to support teachers and districts.  Regardless if it is through Supt. Ybarra’s own vision or her ability to surround herself with a smart team (with at least one exception), it appears to me the SDE is positioned to support Idaho’s schools and districts in a manner of collaboration instead of hostility.

However, there is some clear animosity between the Governor’s office with his appointed Board of Education and the State Department of Education.  Otter didn’t get his pick to run the SDE, and it shows.  Since being elected Ybarra and the Board of Ed have feuded over who really runs the show.  Dr. Clark, and Supt. Ybarra, I suspect, don’t send each other Christmas cards.

With turnover in the statehouse during the 2018 election, it is possible this power struggle will simmer.  Or, depending on the new boss, maybe it erupts into something larger.  It certainly has not been resolved.

Moderation. Ybarra has not pushed for an agenda or policies that would risk igniting fumes of fights from the previous administration.  Again, in the 2018 election this might prove to be a fault as it may be seen as a lack of independent vision in crafting her own agenda.

In fact, to be blunt, Ybarra’s only major request at the Statehouse since taking the helm has been to build a rural education support network.  It has been axed by the legislature twice in a row.  That is hardly the type of transformative leadership that leaves a mark in the Gem State.

But that might be both exactly her intention and what Idaho truly needed coming out of her predecessor’s tenure.  Ybarra says the SDE’s role is support, not to police.  That message is a clear binary to teachers attitude of her office in the past, and may set her up to win stakeholders over in the future.

Idaho’s plan to reward “master teachers” was released.  It detailed an intentionally onerous process in which the state expected that less than two percent of eligible teachers would qualify.  It is possible that the legislature will make changes to this plan in the upcoming session, but I doubt it.  The state wants to have something they can point to as increasing maximum salaries for veteran teachers without actually paying for it.  It is as simple as that.

Well, for starters, it is an election year.  Ybarra will face off against Jeff Dillon, Superintendent of Wilder School District.  I suspect Ybarra will prevail as Dillon is far from a household name.  Although Ybarra hardly has major accomplishments to tout on the campaign trail, her incumbency coupled with an atmosphere of tacit approval leads me to suspect she will earn four more years.

Although Alquist has launched an early campaign and poured resources in to fueling his race, he is an outsider trying to make a name for himself in a run for the highest office in the state.  I suspect he will fall flat.  Idaho’s primary voters, I suspect, won’t be moved to cast a ballot for the newcomer.

Brad Little has a legitimate shot at the office, but again, I think the primary voters are ready to push out Otter.  Subsequently, I think that means Little will be pushed aside.

If the primaries have a high turnout Little has a chance.  If only the hardcore republicans show, I would give the race to Labrador. 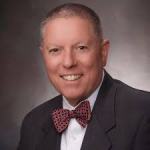 A.J. Balukoff ran a square campaign last time around, and he will run a good one this time as well.  But unless some sort of scandal erupts during the 2018 campaign for the republican nominee, I wouldn’t bet on the blue pony.

With Betsy Devos running the Dept. of Education and her push for charter schools throughout the states, I would expect the Blaine Amendment to become a legislative topic.  Removal of the Blaine amendment would open the door for vouchers to religious and private schools for students in Idaho.

As I wrote this year, the Blaine Amendment ensures that students and teachers are not discriminated against in Idaho’s schools.  Removing the amendment would require the house and senate to pass a bill, the governor to sign off on it, and Idaho’s residents to accept the change at the ballot box in a constitutional amendment.

That’s a high bar, but if there is a moment in time for the change to happen, this is the moment.

Preschool continues to be an issue surfacing at the statehouse.  Pending some sort of unlikely private/public compromise, I suspect nothing will happen this year or in the next decade.  The reality is that districts will likely move on the issue themselves by passing a levy to fund it if the residents truly want it.

Special education will likely be a topic of interest.  Idaho’s special education teachers are about as common as democrats in the statehouse.  This crisis has resulted in a many teaching vacancies going unfilled, and exploding caseload sizes.

Keep in mind that in addition to teaching, special education teachers also must produce an incredible amount of paperwork for special education students on their caseload.  Needless to say, the burnout rate for these teachers is high.  Couple that with difficulty finding a teacher to begin with and you have the current crisis.

The result is that in many places paraprofessionals (uncertified staff) are instructing special education classrooms while the special education teacher is simply a teacher of record who is a glorified paperpusher trying to keep up with the caseload demands.  Hardly an outcome we would want for the students who need good teaching the most.

Higher education will likely be the focus of this legislative session.  Idaho is not achieving the percentage of students enrolling and graduating in postsecondary studies that it would like.  Although Idaho has thrown money into funding college credit for dual enrollment in Advanced Placement courses, this funding has not seen a desired uptick in undergraduate enrollment.

In an election year, I don’t suspect any major controversies to erupt or pass the statehouse.  The legislature, I presume, would rather wait and see the results of the election before passing any major changes.